Home / About Me / A Curveball Already?!

I expected there to be some major life events in the next decade, don’t get me wrong.  But a big one before I’ve even started?  I hadn’t really counted on that.  I thought I’d get through at least one year without a big change in circumstances and I was wrong.

This weekend, I found out that my best buddy, Grif the dog, has diabetes. 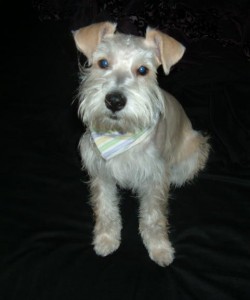 Grif with a Wilfred Brimley mustache. He says, “Eat your damn oatmeal!”

Back story:  Grif and I have been together for about 7 years.  I got him when he was pretty young, so he’s about middle-aged for a smaller dog.  I’m not sure what breed he is – I used to think he was a mix between a Mini Schnauzer and Westie (which I called a Wowzer), then I thought he might be a Wheaten Terrier, but my vet seems to think he’s a pure bred Schnau (this is relevant info later, I promise).  Breed doesn’t matter, though, because Grif is actually 100% pure comedian.  He’s a playful little goofball that’s kept me laughing even through some very hard times.  Sure, he’s willful and bossy and he pees inside if it’s raining out, but he’s also been my rock – nothing ever gets him down.

Honestly, I still think of Grif as a puppy – not an adult dog with health problems.  In all these years, I’ve only seen him sick once and it was after being neutered.  Even when he’s had a health issue (of which there have been very few, just two ear infections I can remember), he’s still been his happy, peppy, energetic, silly self. 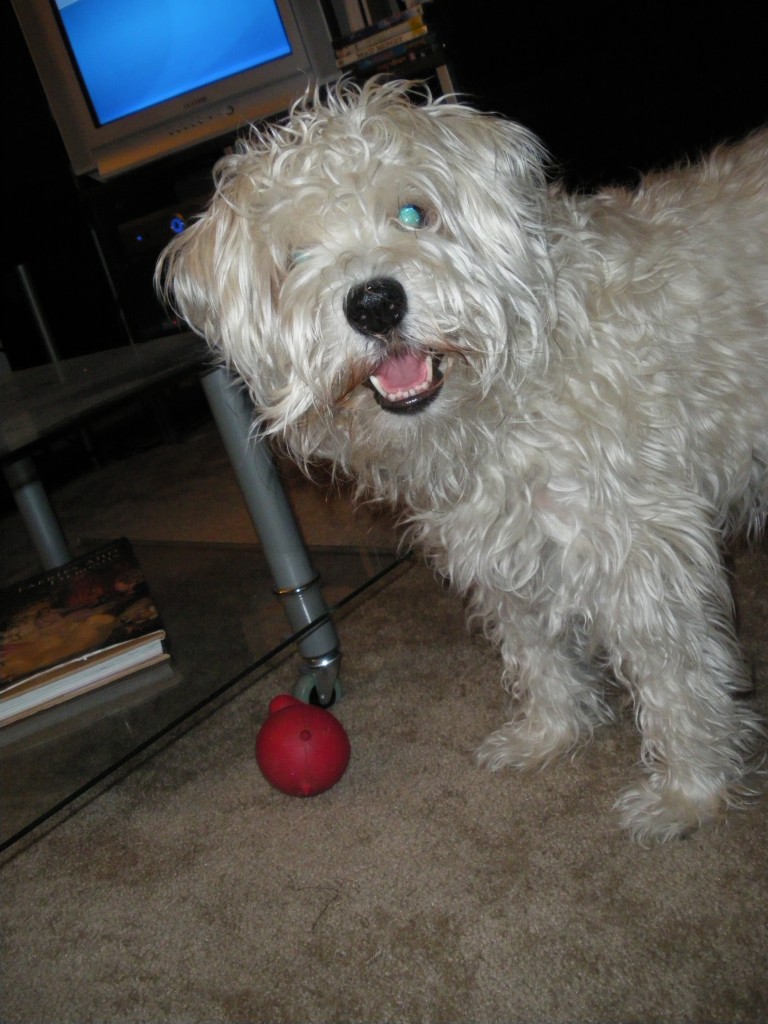 Didn’t I tell you he was silly?

Grif was in good spirits last week, but he was drinking quite a bit more water than normal.  We took him to the vet the Saturday before Christmas for what I thought would be nothing – just too much salt or a side effect of living in the desert.  At worst, I thought it could be a bladder infection.

The vet did a quick blood test and his sugars came back at 384.  That is pretty high – normal is between 70 and 140, just like it is for people.  And just like Type 1 people, diabetic dogs are treated with insulin shots.  Twice a day, I have to give Grif a little shot under the skin on his shoulders.  Luckily, it’s way easy and he doesn’t even notice it.  Unluckily, he has to get the shot at the same time every single day – which means waking up at 6:30am, even on weekends and holidays, and always being by 6:30pm in the evening.  It means planning every outing to end before 6pm or start after 7pm, and never staying overnight at a hotel or a friend’s house without prior planning.  It’s the end of spontaneity in many ways that I wasn’t quite prepared for yet. 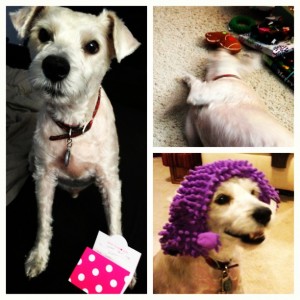 Because we couldn’t leave him at home, Grif spent extra time with us this Christmas. So far, diabetes means special food, car trips, and a silly hat.

So what does that mean for the list?  I can’t take the glassblowing class I was looking at because it starts at 6pm.  Violin, language, and dance classes will all have to start pretty late – hopefully evening classes exist.  I won’t be able to get a second dog, at least not until we’ve all become very well-adjusted.  I’ll be more limited in when I can travel and how long I can be gone, which may put a damper on the bike trip and the Camino.  My wonderful parents have said that they don’t mind sitting for the Grif and giving him shots (my step-dad is diabetic, so I bet he can sympathize), but I couldn’t put them out by leaving him for a whole month.  Besides, they might pass out if they learned how expensive his new food is!  Which reminds me, money might be a bit tighter, too.

Yes, it will have an impact.  Some things that I planned to do this year and next might have to be put off for a little while, but that’s okay.  I have 10 years, after all!  And Grif is important to me, enough to delay some of my goals to make sure he has a happy, healthy little doggie life.  That’s the lesson, I think:  things will happen, my circumstances will change, and my list might seem harder to complete, but that doesn’t mean I’ll have to give up.  It’s reaffirming, in a way. 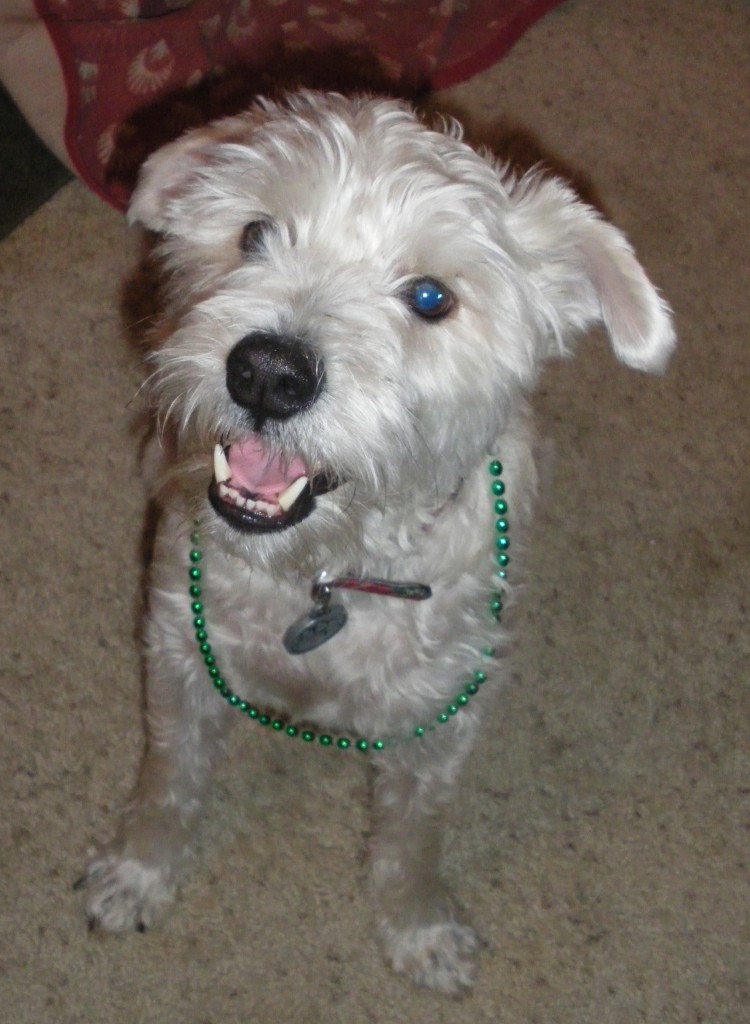 Grif is looking sharp in those Mardi Gras beads… just don’t ask what he had to do to get them.

Now if I can only resist this face when it’s treat time, both Grif and I will be okay.