You Can Skip Brussels

I’ve been trying to decide how I wanted to configure my posts about Europe.  Should I write in chronological order or should I write about whatever inspires me at the time?  I think the reason it’s been difficult to choose is because Brussels, the place we started and ended the journey that I loved, was so absolutely uninspiring.  It might be the ONLY place on the trip which, if given the chance, I would not visit again. 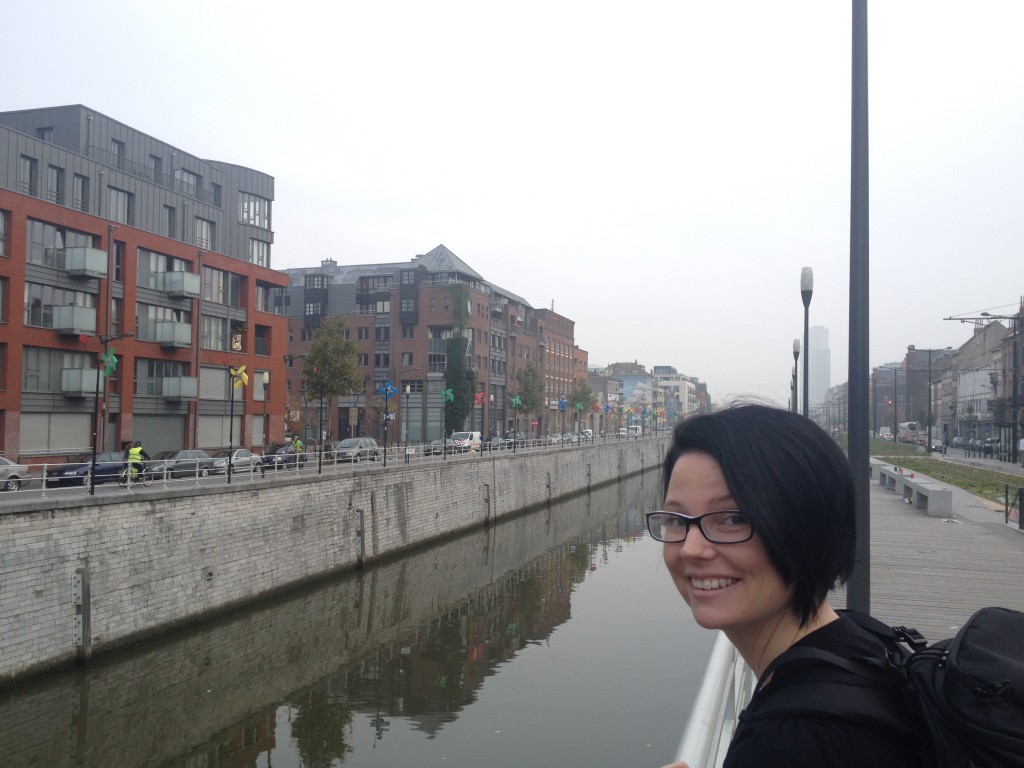 We chose to fly into Brussels because it was less expensive than flying in to Germany (when the plan was still to visit my aunt), not because we were particularly excited about any of the tourist attractions there.  I barely did any research since we’d only be there a day, but I did get some feedback from friends who had been – they mostly said it was dirty, dangerous, but still kind of pretty.  I couldn’t IMAGINE how Brussels could be dangerous – I thought it would be a cute European village, all old buildings and chocolate. 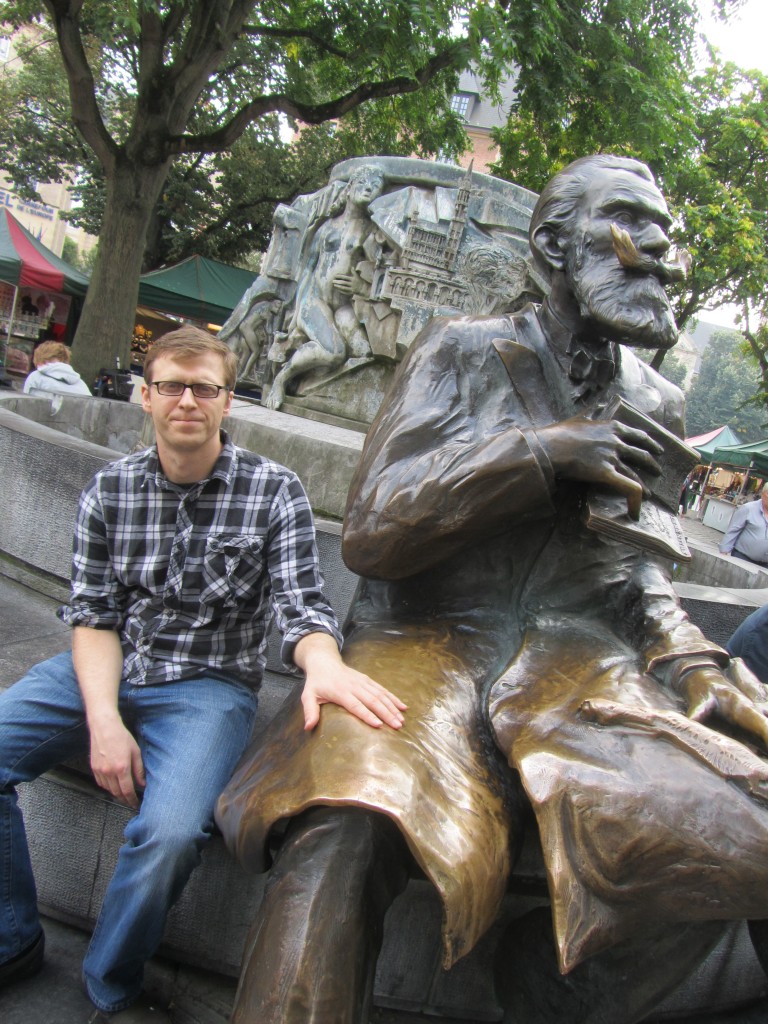 I was so wrong.  It was a city just like any other major city, with the griminess, uneasiness, and homelessness included.  Perhaps because our first event was getting utterly lost in Midi station trying to find our trolley, the immediate impression of Brussels was… yuck.  It didn’t improve much after finding our hotel, as we proceeded to get utterly lost on our way to Grote Markt (probably the second most popular tourist destination after Manneken Pis, a statue of a boy who pees) and ended up in a very sketchy neighborhood.  The problem was that my map was in French and all the street signs in that area were in Dutch.  It took me a while to figure that out, sad to say. 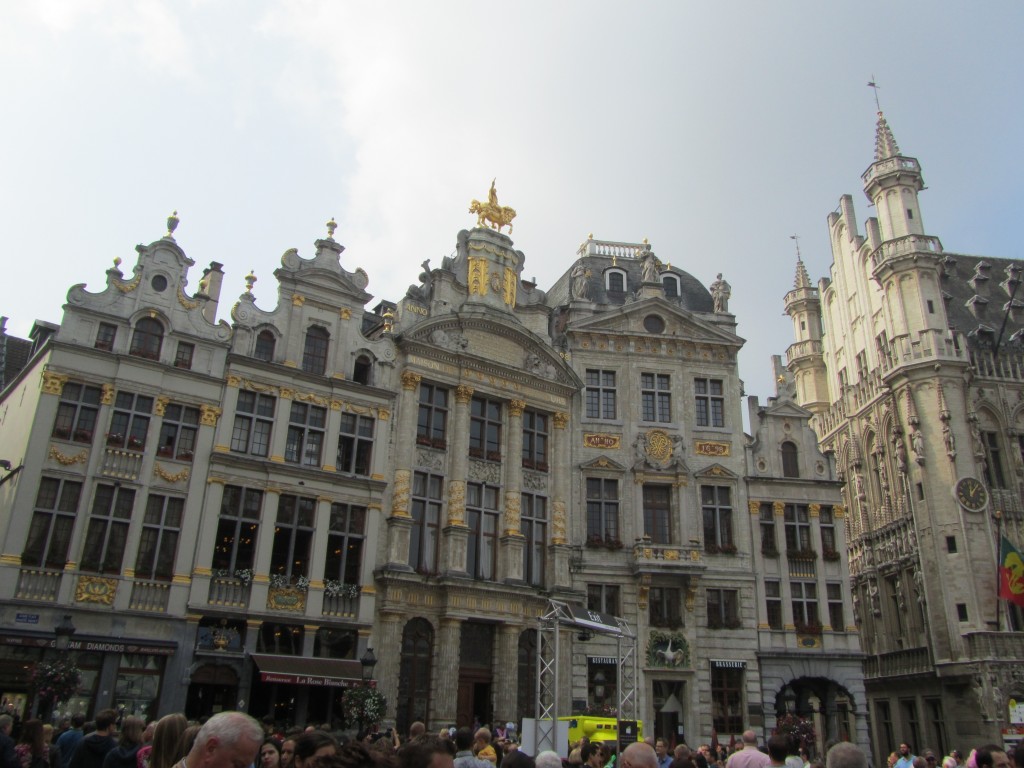 When we eventually did find the Grote Markt area, I have to admit – the buildings and architectural details were stunning.  But there was a beer festival going on in the middle and it was also jam-packed and loud. 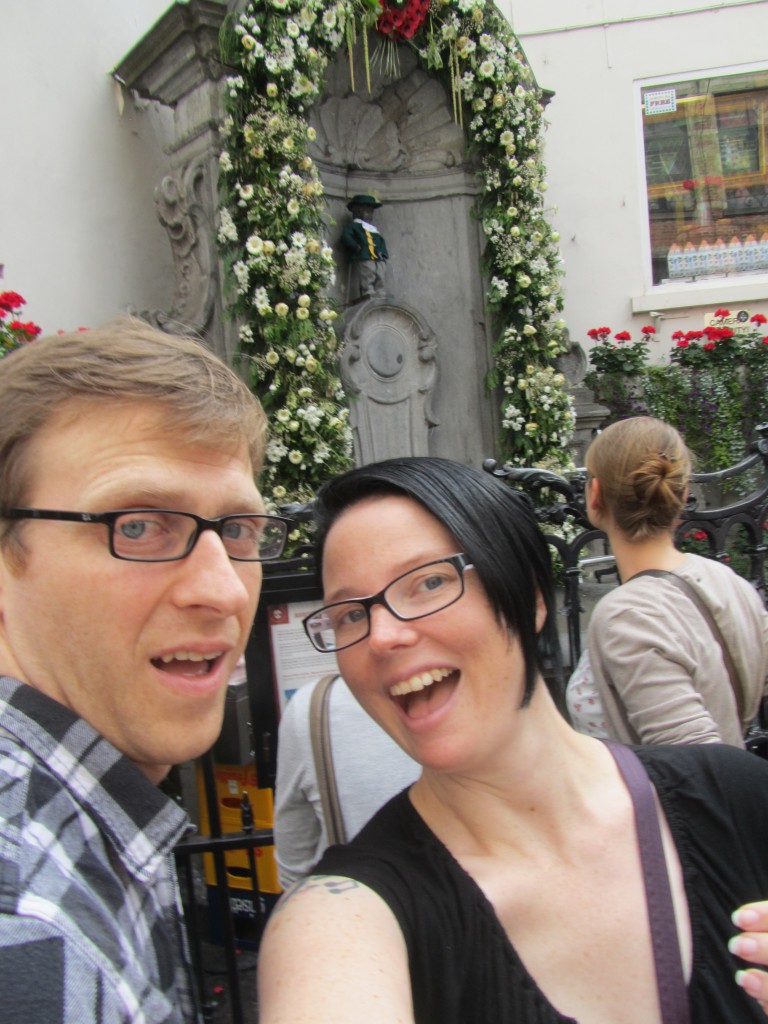 After walking around for a while, seeing that oh-so-famous peeing boy (which is WAY smaller in real life than in depictions – why is this thing famous again?), we finally stopped for lunch.  What better than Belgian frites?  Well, pretty much anything could have been better.  Our first meal in Europe was a total disappointment.  The frites were boring and the sausages tasted like wet cigars.  YUCK! 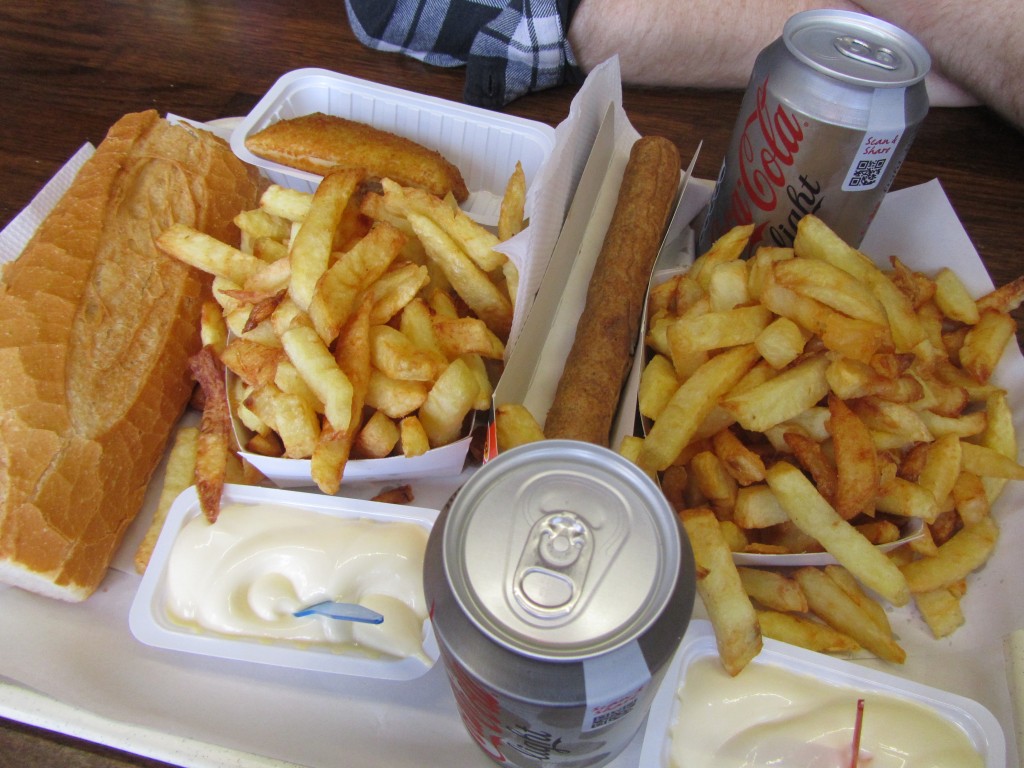 After lunch, we did more walking, and as we ventured outside of the main tourist area, there was a little relief from the crowds and we enjoyed it a bit more.  Little flashes of beauty started to seep in.  The window displays for all the shops were gorgeous!  Chocolate jewels, piles of fluffy meringues, artfully stacked cookies of every variety!  Sweets as art is something you know I can get behind.  I wanted to eat everything!  So, burdened by choice (and by outrageous prices – Brussels was easily one of the most expensive cities we visited), I settled for some chocolates from Neuhaus that bordered on run-of-the-mill, despite the price tag. 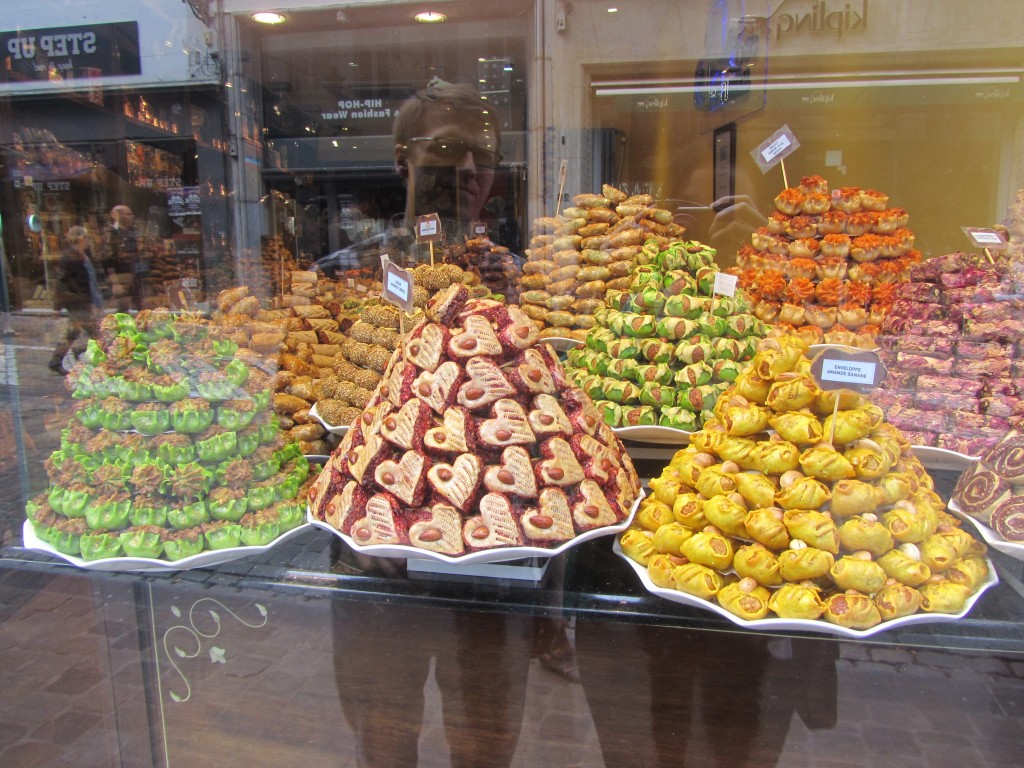 We returned to our hotel room, exhausted.  I should mention that the hostel we stayed in, the Meininger, was one of the best of the whole trip.  It was spacious, the beds were not awful, the shower was great, and the breakfast was top-notch.  While I’d avoid Brussels in the future, I would stay with them again in another city.  Highly recommended! 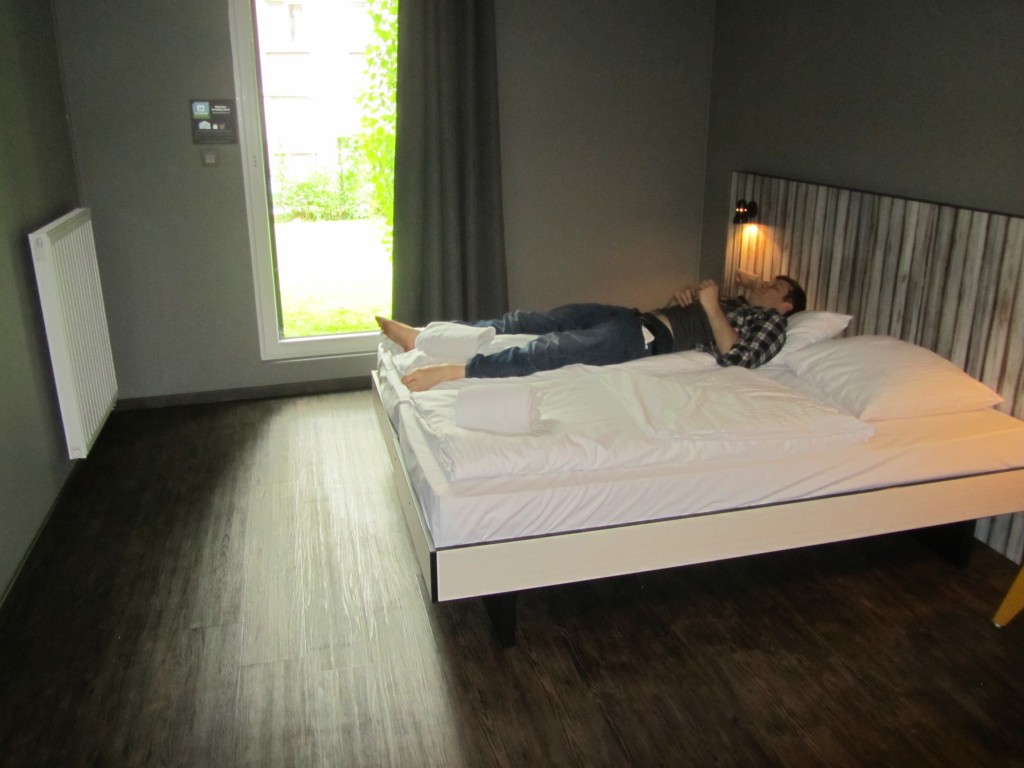 Our room may have been too comfy, because I couldn’t avoid napping.  Unfortunately, we slept right through the closing time of the restaurant where we planned to eat.  We took a recommendation from the desk clerk and visited a French bistro close by.  It was a punch in the wallet, but it was excellent.  Mom had a delicious lamb, I had beef confit, and Tim had white fish with squid ink pasta.  We were all very happy after that, and returned to our hotel for more wonderful sleep. 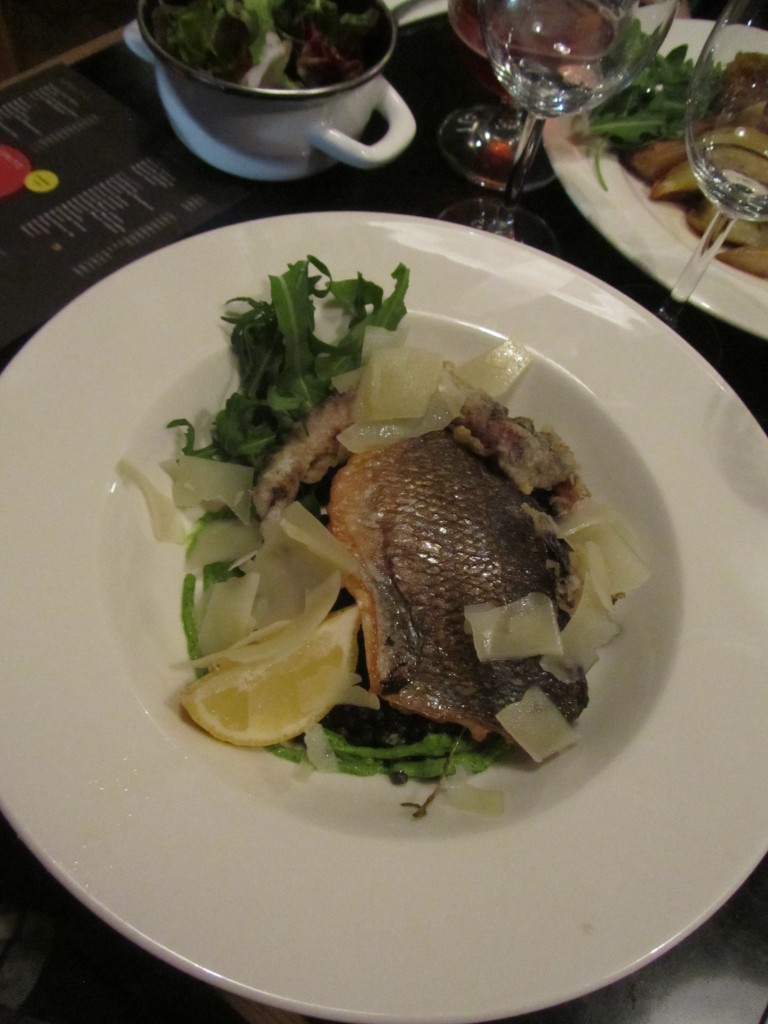 In the morning, we ate at the Meininger’s breakfast buffet, which was lovely (and included cream cheese, which did not exist in Belfast), and then we retraced our steps to the awful Midi station, to continue on our way to Bruges.  Considering the confusion about where/how to catch the trolley into town when we first arrived, I expected the process of catching the train to Bruges to be a nightmare.  Luckily, it was cake!  We activated our rail passes, found the next departure time for Bruges, got on the train, and we were whisked away to a much different, much better side of Belgium!